The Royals Are on the Move - For Zara's Wedding!

It's not all about William and Kate this year when it comes to British royal weddings. Saturday another of the Queen's grandbabies will be saying "I do." Calm down girls, it's obvs not Harry, but rather Zara Phillips, the blonde daughter of Princess Anne. Officially Zara isn't a member of the royal family, but she is 12th in line for the throne, so that's something we guess. Zara and her fiancé seem remarkably down-to-earth, which is nice.

The royals, including QEII as well as Will and Kate, will be heading to Canongate Kirk in Scotland to celebrate Zara's marriage to rugby star Mike Tindall. The wedding is expected to be très private--no embarrassing Hello! spread à la Peter Phillips for his sister--and the Queen has apparently forbidden Zara from selling photos. 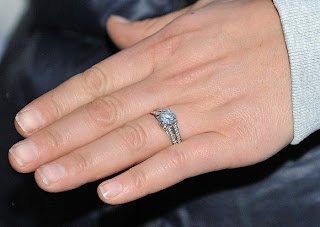 Police are also warning the curious that it's best to stay away as there will be little opportunity to glimpse a royal. We're sure we will get a few snaps at least, which we're looking forward to. We're not expecting too much from Kate as we're quite sure the Duchess will do everything possible to ensure she doesn't overshadow the bride.
Posted by All About Kate at 8:00 AM

Oh yay! You have something to say. Comments make our day! xo